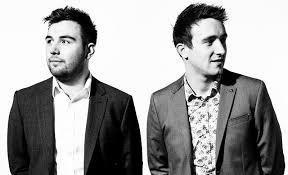 Founders of Luxury Flooring & Furnishings Cameron and Declan Christie have been named on Forbes 30 Under 30 Europe list in the Retail & Ecommerce category.

Founded in 2013 by cousins Cameron (23) and Declan Christie (24), we have gone from strength to strength over the past few years, and we have seen a rapid increase in business, becoming one of the major flooring suppliers in the UK.

As an online-only flooring company, we avoid the cost of running a showroom and instead offer our customers free samples via post, which means a saving for the business and their customers as a result.

As a result of their rapid growth, the company moved from their old site in Beeston to new premises in the Cross Gates area of Leeds in October 2016.

On our inclusion on this prestigious list, Managing Director Cameron Christie said:

“It’s a real honour to have been included on this list by Forbes, and we’re delighted that our hard work is paying off.  We are really excited to have been recognised by some of the leading experts in the retail and ecommerce category.

“We’ve got great ambitions and exciting plans for 2017 and beyond, so to start the year like this is a real boost.”

The overall Forbes list features over 300 young innovators, entrepreneurs and leaders across Europe who are under 30 years of age and who are transforming business, technology, finance, media, sport, culture and more, as judged by some of the most accomplished and acclaimed individuals in business. Some of the more recognisable names on this year’s list include diving partners Jack Laugher and Chris Mears, musician Stormzy and Game of Thrones actress Sophie Turner.

The criteria for honourees making the list included leadership and disruption in their field; entrepreneurial mindset and results; and the likelihood of changing their field over the next half-century.