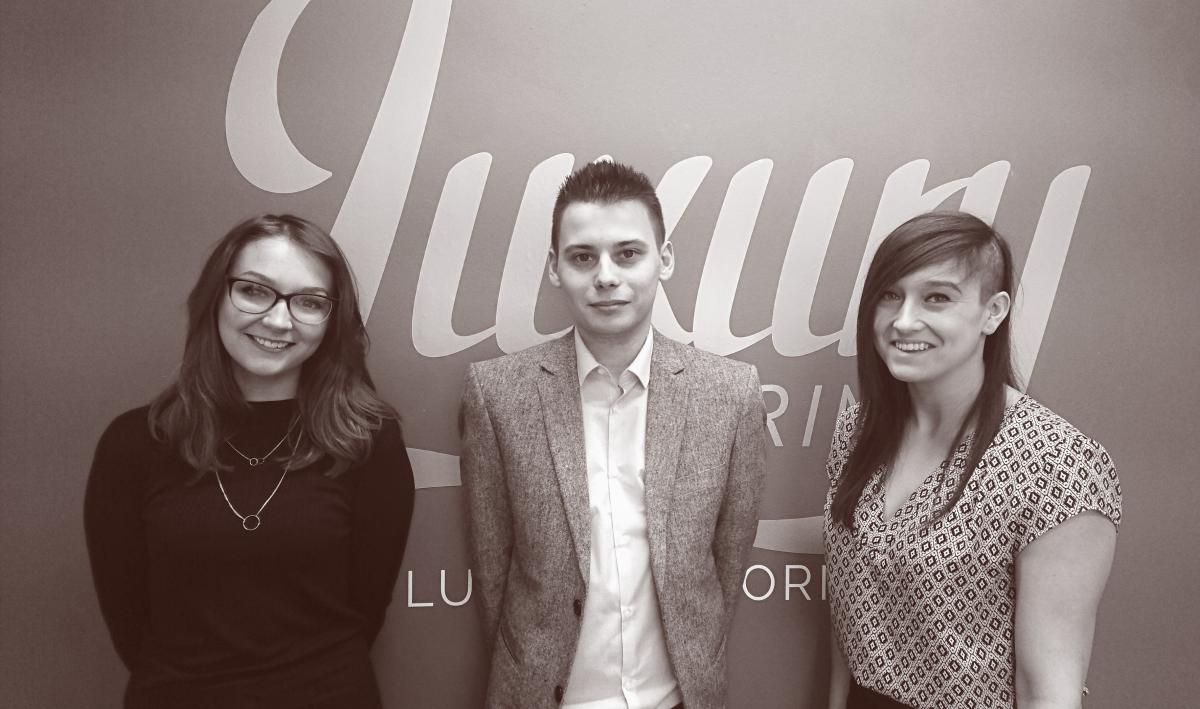 Following a successful first quarter of the year, two new Marketing Executives have joined Luxury Flooring, with former Marketing Executive Alex Humphries heading up the new marketing team after being promoted to the post of Digital Marketing Manager.

The first of the two new appointments sees Morgan Mitchell, who holds a first class Media degree from Leeds Trinity University, join the team. Morgan has previously gained experience working with Lucre PR, Beattie Communications and Macmillan Cancer Support.  On her appointment, Morgan said: “I'm really excited to be welcomed to the Luxury Floorings and Furnishing's team. I’m looking forward to working with the team to further assist in their rapidly growing marketing department.”

Megan Reece is the second Marketing Executive to be appointed, and she joins having previously worked in administration at HMP New Hall, as well as having gained valuable experience as a Marketing & PR Assistant at Independent Training Services.  Megan added: "This is a fantastic opportunity to join a company which is really going places, and I can’t wait to get stuck in.”

Heading up the new team is Alex Humphries, who started with UK Trade Furnishings as their only marketing employee as recently as January 2017.

On his promotion to the new role, Alex said: “I’m delighted to have been given the opportunity to head up our new marketing team. There are some big plans for this year, and I know that our new team can make a great contribution to the company’s continued success, throughout this year and beyond”.

Managing Director and co-founder Cameron Christie said: “Following a great first three months of the year, we felt as if now was the right time to expand and bring two Marketing Executives to support the work Alex has been doing.  We have seen considerable growth and improvement in our online marketing efforts in this first period, and we’re looking forward to seeing that continue."