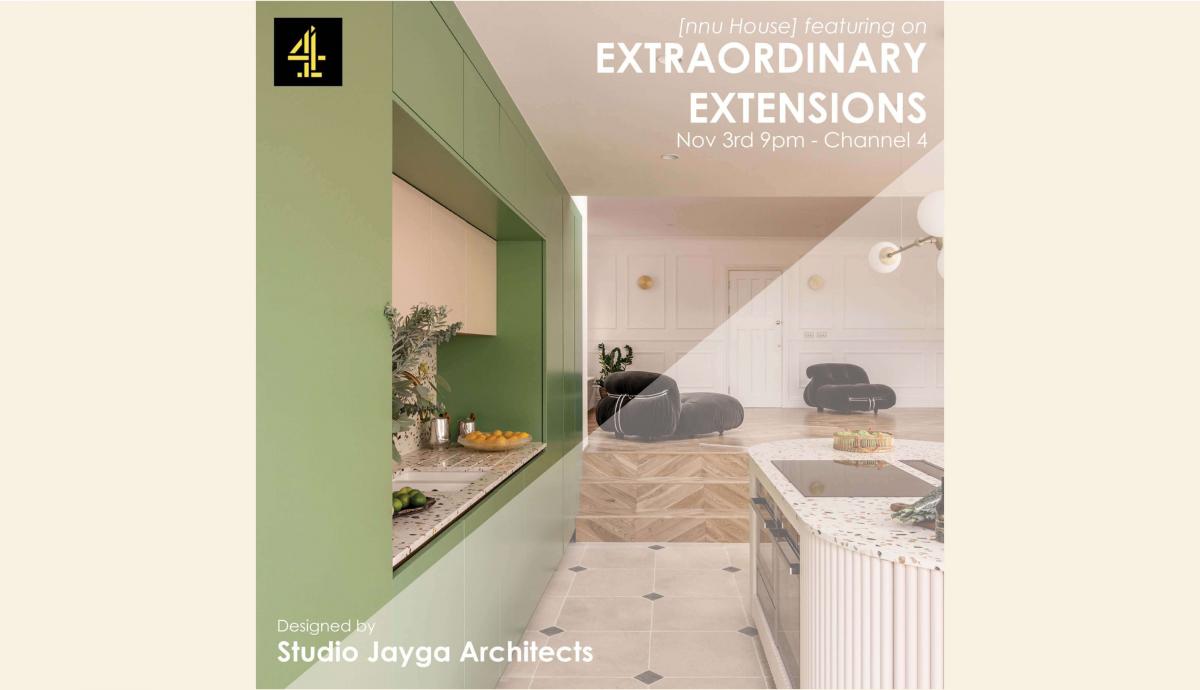 This week Luxury Flooring has once again featured on one of the UK's top design programmes, Extraordinary Extensions. The programme explores multiple homeowner's architecture skills while being guided through by host, Tinie Tempah. And it doesn't stop there, in this week's post, we're highlighting some past projects we've featured on, from the blockbuster film Kingsman to Channel 4's DIY SOS. We’ve collated a few of our favourite projects we’re proud to have played a role in below.

Hosted by Tinie Tempah, Channel 4’s extraordinary extensions features homeowners who unleash their power of architecture. Huma Malik and Pari Jeelani welcome viewers into their newly built extension, NMU house. The pair married traditional and modern with their sleek interior and our Chamonix Oatmeal Oak. The couple explored ‘shapes and space’ in the design, so the geometric chevron pattern mirrored this perfectly. Tempah described their new space as ‘minimal’ and ‘functional’ with their extension featuring wooden beams to separate the living area. If you missed this program or fancy watching it again, catch up on All4. 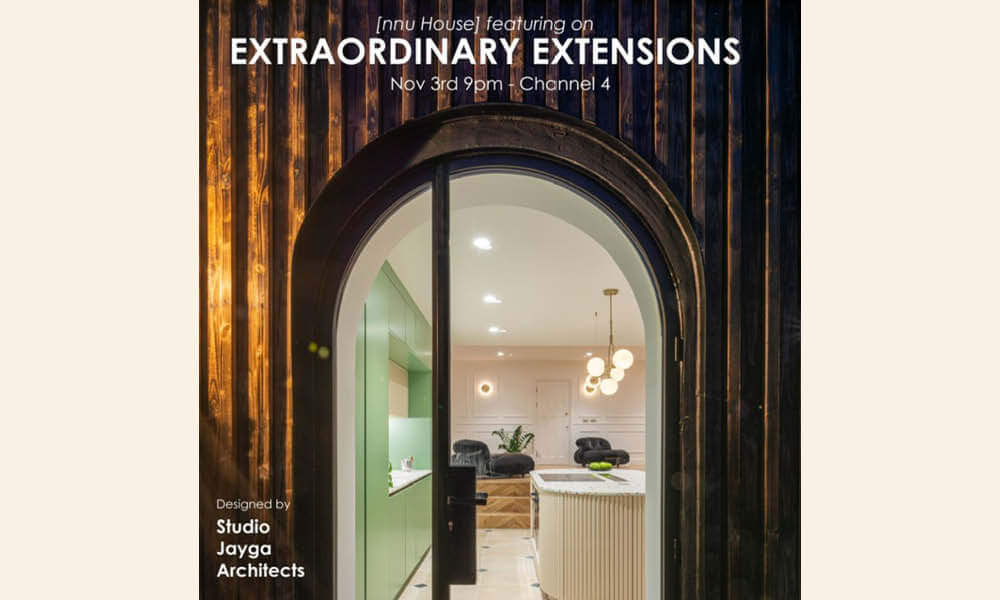 A Methodist Church built in 1839, this grade II listed building has had a long and interesting life. At one time serving as a school for the area, St John’s Hall was eventually abandoned and picked up for renovation in 2015. The house was renovated by Shubunkin who masterfully blended the traditional exterior with a sleek modern design indoors, fit with bespoke art and stylish modern interiors. The first floor features a unique walnut bookcase and ceiling which were fitted with Engineered Walnut Flooring from Luxury Flooring, creating a uniquely cohesive living space. 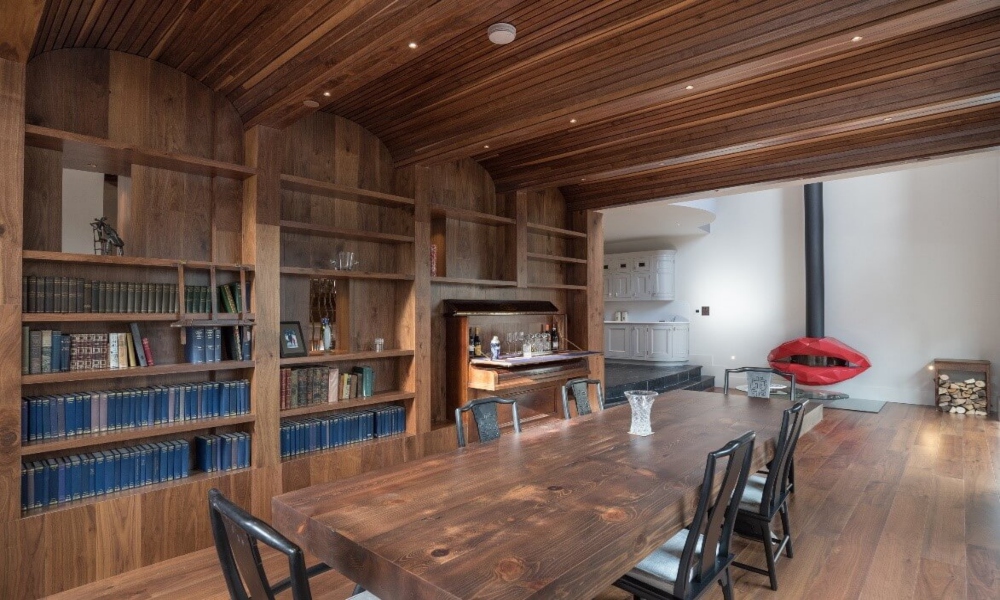 In 2017 we played a role in providing flooring for the iconic Lyceum Theatre in the West End. A theatre with a rich history first opened as an Opera House but tragically burnt down for the first time in 1830, The Lyceum Theatre was rebuilt in 1834 acting as a host to musical performances, circuses, prayer meetings, the first Madame Tussauds waxworks show, and eventually in the 1970s and 80s a venue for Led Zeppelin and The Clash. Most recently it’s been the home of Disney’s The Lion King. As part of the recent refurbishments, The Lyceum Theatre was fitted with our very popular Studley Barn Oak Engineered Floor and a range of accessories to fit and finish.

As part of the larger revamp of EastEnders, the set was fitted with one of our stylish herringbone floors, available as part of our parquet collection. One of our most popular choices, herringbone floors are an eye-catching addition to any room while still offering traditional wood. The refurbishment of the EastEnders set is one of the largest makeovers in Soap history and will make the set 20% larger when it’s complete (estimated for 2023).

George Clark Old House New House is a channel 4 show in which a period home is renovated to make them suitable for modern life in 2019 they featured Michael and Nikki’s Edwardian detached house as part of the 4th series of the show. Michael and Nikki used a 220mm distressed engineered wood floor on their refurbishment which George Clark called ‘stunning’ during the programme. 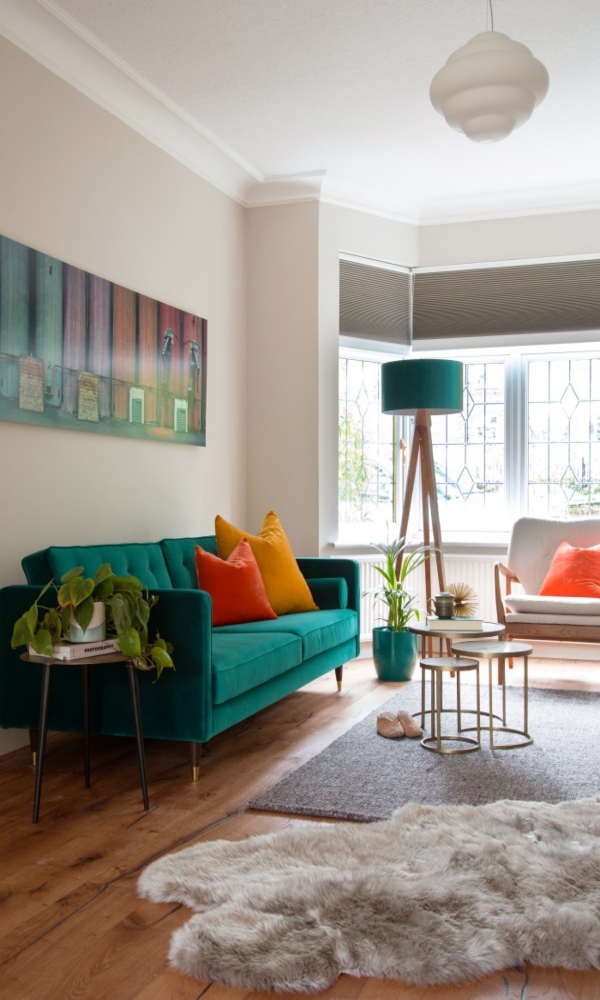 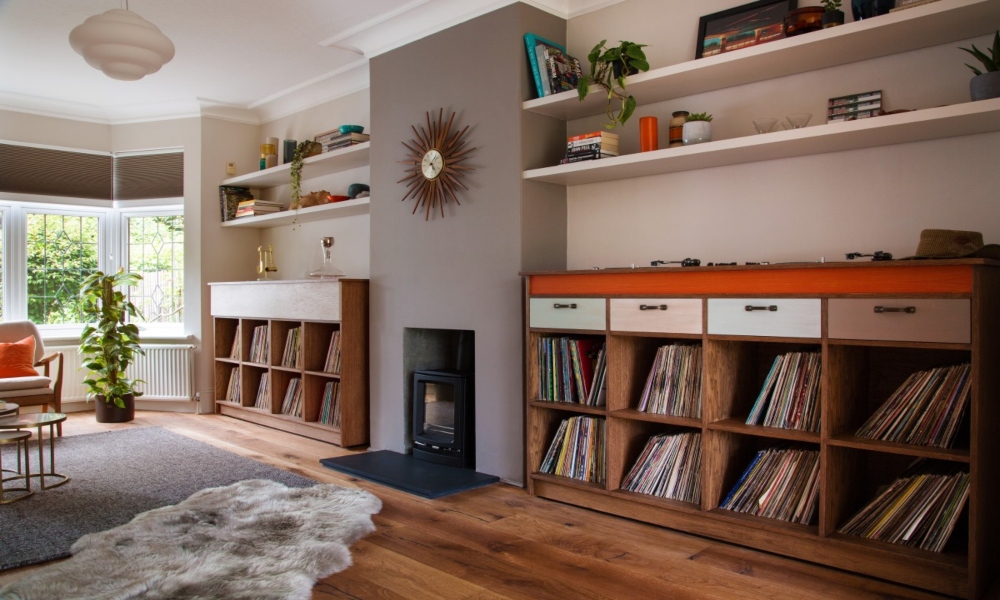 Grossing $410.9 million at the Box Office, Kingsman 2 may be the most A list production to feature our products so far, with our distressed oak flooring utilized in the stunning set design. We like to think this means our flooring is fit for the most elite spies and officials the world has to offer. Browse our collection of distressed oak wood products, like our Bibury Distressed Unfinished Oak to see what we have to offer.

A refurbishment close to our home (quite literally), the Chapel Allerton Rackets Club located close to our head office in Leeds, Yorkshire choose us when it was time to change up the flooring of their social area. They relied on our expertise for the right flooring for their high traffic club space and were delighted with the results.

DIY SOS series has won numerous awards, including the Best Lifestyle Show at the 2018 TV Choice Awards, a Royal Television Society Programme Award for Best Popular Factual and Features in 2016 and two RTS West awards as well as being nominated for a BAFTA, National Television Awards, and a Mind Mental Health Award. Since 1999 the show has seen achieving viewer numbers of over 4 million with a recent special achieving 9.6 million viewers.